Security concerns clubbed with the growing India-China tension and the need to go for ‘Made in India’ products and services can possibly lead to a ban on popular Chinese apps in the country. Intelligence agencies have reportedly advised the Centre to either ban the Chinese apps in India or recommend people to avoid their use. Read on to know what are the Chinese apps that can be blocked in India and why.

List of Chinese apps that can be banned in India

According to a report by the Hindustan Times, it is suggested that the various popular apps including TikTok, Xender, ShareIt, and more can pose a threat to users and the security of India. This is because the apps are allegedly sending user data outside India, mostly to the Chinese servers. Most of the apps are Chinese apps, with others having some link with China. The recommendations by the intel agencies have also been seconded by the National Security Council Secretariat.

While nothing is concrete at the time of writing, it’s best advised that you should delete these Chinese apps from your Android or iOS smartphones to remain safe from them. 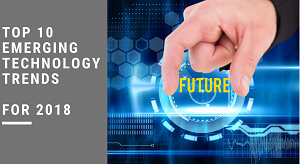